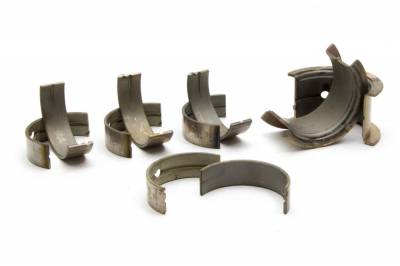 If you're building a serious competition engine; then you'll definitely want to check out Sealed Power Competition series main bearings.

They were developed in NASCAR and Pro Stock competition; so you know they're tough. They're built on premium 1020AK steel backings and overlaid with Sealed Power's super-duty H-14 alloy. That's covered with a nickel barrier; followed by a thin lead-tin-copper overplate. However; unlike other performance bearings; there is no flash tin layer on top of that. Sealed Power's engineers have determined that such a layer can actually move around under high loads--sometimes with undesirable consequences.These bearings have 3/4 oil grooves for enhanced lubrication; while maintaining a maximum bearing surface area. They also feature Sealed Power's exclusive contoured-flange thrust bearing technology for higher thrust-loading capacity.